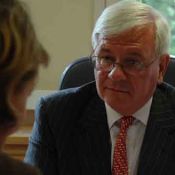 John Scurr is a world-leading Consultant Surgeon for Vascular and General Surgery with a specific interest in venous disorders, including deep vein thrombosis and pulmonary embolism. Mr. Scurr was a Consultant Vascular Surgeon at University College and Middlesex Hospital School of Medicine, a Senior Lecturer in Surgery at the University of London and head of the Department of Vascular.

He is widely published in medical periodicals and textbooks and is a frequent presenter at international conferences. He is regularly called upon by the world’s media for his expertise, and has participated on a number of UK and EU government medical bodies and think-tanks.

Mr Scurr takes a personal interest in all our patients and leads a dedicated team of medical staff. With the exception of surgery, treatments are carried out by our team of fully qualified nurses, all of whom have been through a comprehensive and rigorous training programme with us and are supervised by experienced medical practitioners who are ultimately responsible for the treatment. 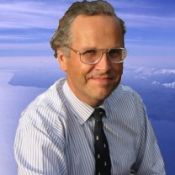 Philip Coleridge Smith is a reader in Surgery and Consultant Vascular Surgeon at UCL Medical School, London. He has international clinical and research reputation in the imaging, investigation and treatment of venous disease.

Mr Coleridge Smith is a member of the Venous Forum of the Royal Society of Medicine and the President of the British Association of Sclerotherapists. He is Associate Editor (Venous Section) of the European Journal of Vascular and Endovascular Surgery and is one of UK ‘s leading experts on ultrasound guided foam sclerotherapy.