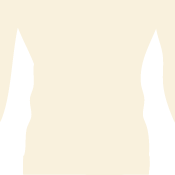 Please note that we are currently unable to offer treatment for this type of hernia.

A hiatus hernia is an anatomical abnormality in which part of the stomach protrudes through the diaphragm and up into the chest. Although hiatus hernias are present in approximately 15% of the population, they are associated with symptoms in only a minority of people.

It is thought that hiatus hernias are caused by a larger-than-normal oesophageal hiatus, the opening in the diaphragm through which the oesophagus passes from the chest into the abdomen; as a result of the large opening, part of the stomach “slips” into the chest.